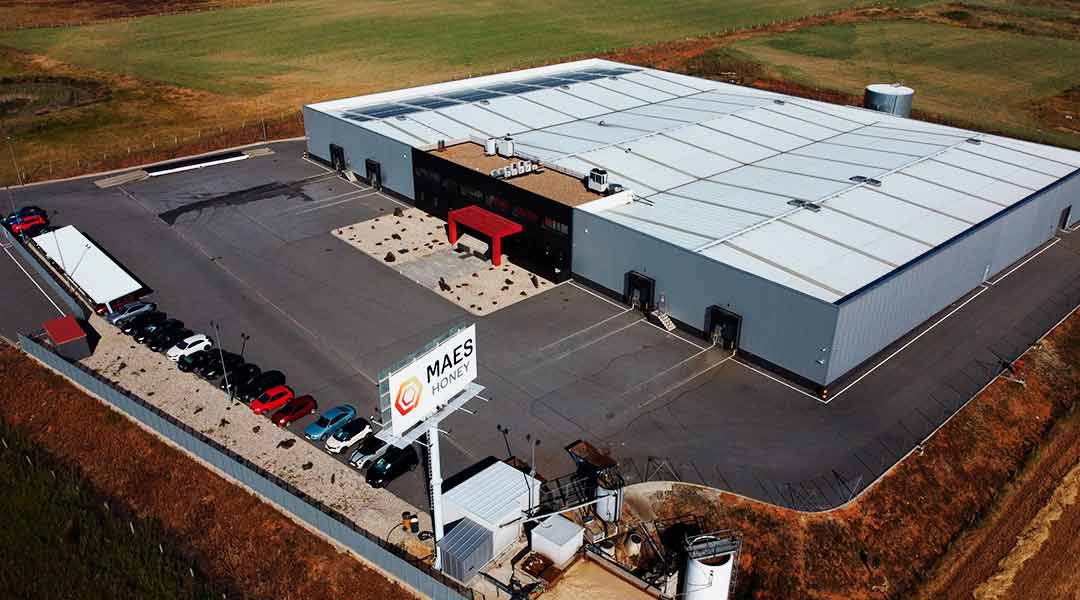 Maes Honey leads the export of honey in Spain

With more than 100 years of experience, Maes Honey has become the leading honey export company in Spain. Values ​​such as perseverance, effort and tradition have been key to achieving this position.

Leaders in the export of honey

For 20 years, Maes Honey has been exporting honey to more than 35 countries on 4 continents.

For this, the company has the most modern packaging plant in southern Europe, with 7,500m2 and 8 production lines that allow it to have a production capacity of more than 10,000 tons per year. However, the size of its facilities will double throughout this year, with the fitting out of another 7,500m2.

Maes Honey is one of the 10 largest honey packers in Europe. To do this, it exports more than 7,000 tons of honey a year, among which are made-to-measure and private label products.

Already in the first years of commercialization and internationalization, Maes Honey managed to sell more than 25% of its production, commercialized in bulk drums. Likewise, each year sales have grown by around 10% compared to the previous year.

Apart from being specialists in private label, Maes Honey has its own brands such as Bonapi, Las Abejas, Summer Farm or Favo.

The most exported honey is polyflora honey, since its consumption is widespread throughout the world. For this reason, its export is carried out both in 450g anti-drip dispensers, and in 1 kg jars.

Another highly demanded honey is forest honey, produced by bees from oak, holm oak and cork oak forests. Its export takes place mainly in northern Europe and the Arab countries, where its demand is very high.

On the other hand, monofloral honeys are also exported, such as orange blossom, acacia and eucalyptus honey.

The history of MAES begins in 1910, in Valero, a small town in Salamanca. It all begins when the first generation decides to use beekeeping for subsistence; using honey as barter. What they did not expect is that this need would turn into a passion.

So much so, that Manuela and Esteban (the second generation), decided to become professional beekeepers; even becoming the best known in the area.

Later, his son Cecilio also inherits the passion for the world of honey and bees; thus becoming the third generation of beekeepers. Cecilio decides to move to Aldeatejada and start packing honey with a pasteurizer. It is thus a very manual technique and focused solely on the national level.

It was not until years later that his son and current director of Maes Honey, César Redondo, decided to promote the company internationally; providing a much more globalized approach.