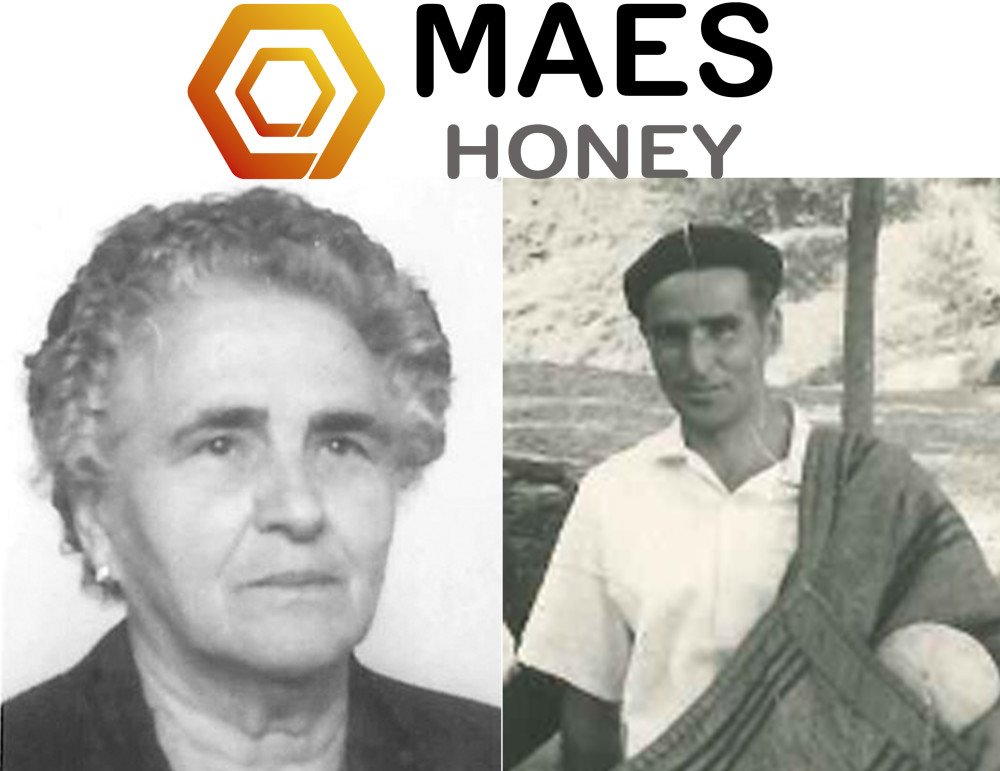 Redondo: The beekeeping tradition. Everything began when Manuela and Esteban.  The grandparents of the current general manager, Cesar Redondo, started to be excited about the apicultural world.
Treating a product like natural honey with delicacy was essential for Manuela. A big challenge for Esteban was to continue the tradition with the capacity of innovation. Together, they were couple of success within the apicultural sector.
Thus, almost unintentionally, since César was a child, they started to transmit him the enthusiasm for this world.
César liked to go with his grandparents to the beehives, and they explained him all the processes that they need to follow to obtain honey of high quality.
Cecilio, the father of César, also had a passion for the apicultural world. It was no option for him to dedicate to something that did not have anything to do with honey. So he decided to go a step further, and has the idea to commercialize the produced honey.
When he started packaging his honey, Cesar found, if it was even possible, this world more interesting. Despite of still being a child, he did not hesitate to support Cecilio as much as possible.  And thus, they installed a small packaging plant in Valero.
In addition to that, due to the great reception of the commercialized honey, they started to invoke the small beekeepers of the zone to sell honey to their production. Like this, they were able to satisfy the demand that they had at this moment.

The production plant in Valero started being too small. Thus, Cecilio and the already trained César, relocated the plant to Aldeateja, which provided a greater packaging capacity, and a warehouse which was big enough to store the honey of more and more beekeepers.
In the 21st century with the challenge of continuing to grow and to strengthen their current position in the market, they relocated the plant to the current position, which is the perfect location to be able to comply with this objective.
With the knowledge of Manuela and Esteban about the production of honey, the idea of Cecilio to package it and the preparation and effort that César put into the commercialization of the product all over the world, they did not only create another company named MAES HONEY, but also created a family-owned business which is referred as leader within Spain, innovating day to day to be able to sell high quality honey while keeping its traditional values.
THE BEST IS COMING!