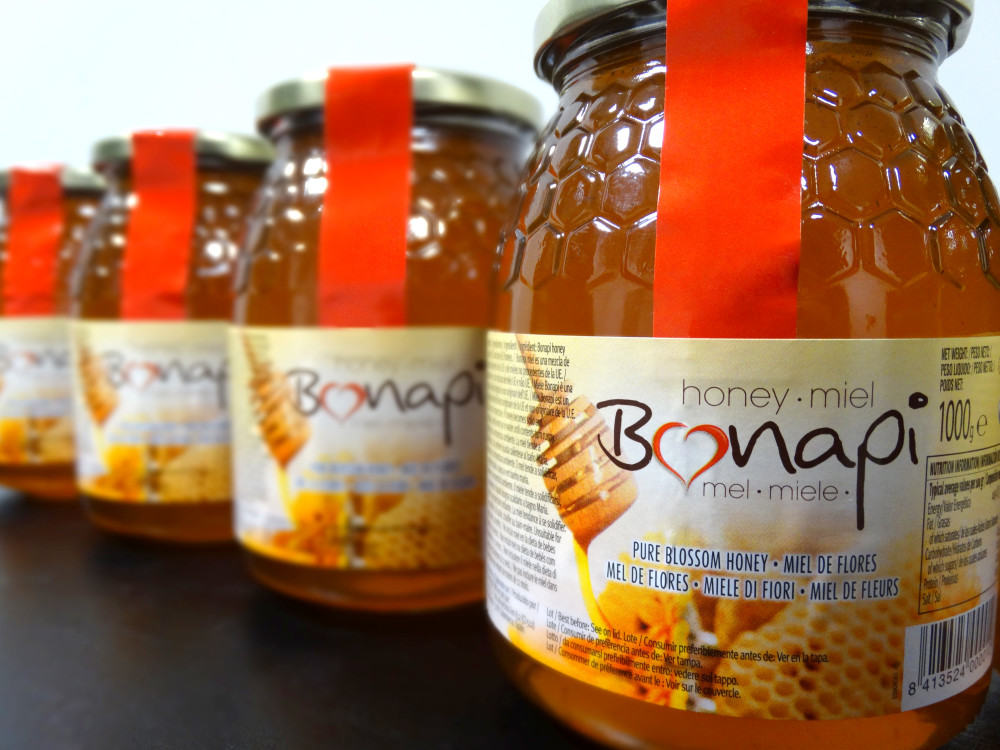 Honey, a natural product with an international presence

Honey is a natural product whose presence is spread out throughout the whole planet. This can be attributed to both its curative, medicinal and preventive properties and its huge nutritional value. While the usage of honey in some cultures adheres to honey-based household remedies.  Which serve for preventing diseases or mitigating the symptoms of colds and flues.  It is unimaginable for other international cuisines to live without honey as it is a usual ingredient for both dessert recipes and meat and vegetable dishes.
The word “miel” is deviated from the latin word “mel”.  Whose roots are maintained unaffected by the majority of the languages. It is only varying among the Germanic languages where the phonetics change to “Hunang”. Thus, we face different adjustments that were made by each language; miel (español), mel (portugués), miele (italiano), med (lenguas eslavas), honey (inglés), honig (alemán), o honing (sueco).
The maintenance of the mother roots by all languages of the word “mel” as well as “hunang” in the Germanic languages is related to the historical presence of the product all over the world.

A product praised by the villages

The presence of honey in several diets and the food of human being can be traced back to the era of the Egyptians.  According to the Papyrus of Thebes whose date can be traced back to 1870 a.C. The Egyptians had believed that the honey came from the tears of the God Ra.  And thus, was part of all oblations that were realized. Apart from being essential nourishment for their diet, honey had also been used by these villages for conserving the properties of meat as well as a support for brewing beer.
In the Greek culture, honey was concerned to be a therapeutic and curative nourishment. The deemed father of medicine, Hipocrátes, was one of the primary pioneers who recommended the use of honey as a natural remedy for curing skin diseases as well as for relieving symptomatic pains.
And the Romans for their part, emphasized that the preventive properties of honey should be used as beauty products and as elixir for longevity. The Roman emperor August was one of the primary pioneers that used honey as an elixir for the eternal youth. And discovered the enormous qualities of applying honey to the skin.
The international presence of honey all over the world is owed, above all, to its multiple properties. And thus, converted into one of the best components of natural remedies. As well as a versatile product within the pyramid of alimentation. As we can see, throughout history each village and each culture always discovered another quality of the same product. Everybody who made its pure conservation and continuous development of its properties in different situations of everyday life possible is very appreciated and respected.