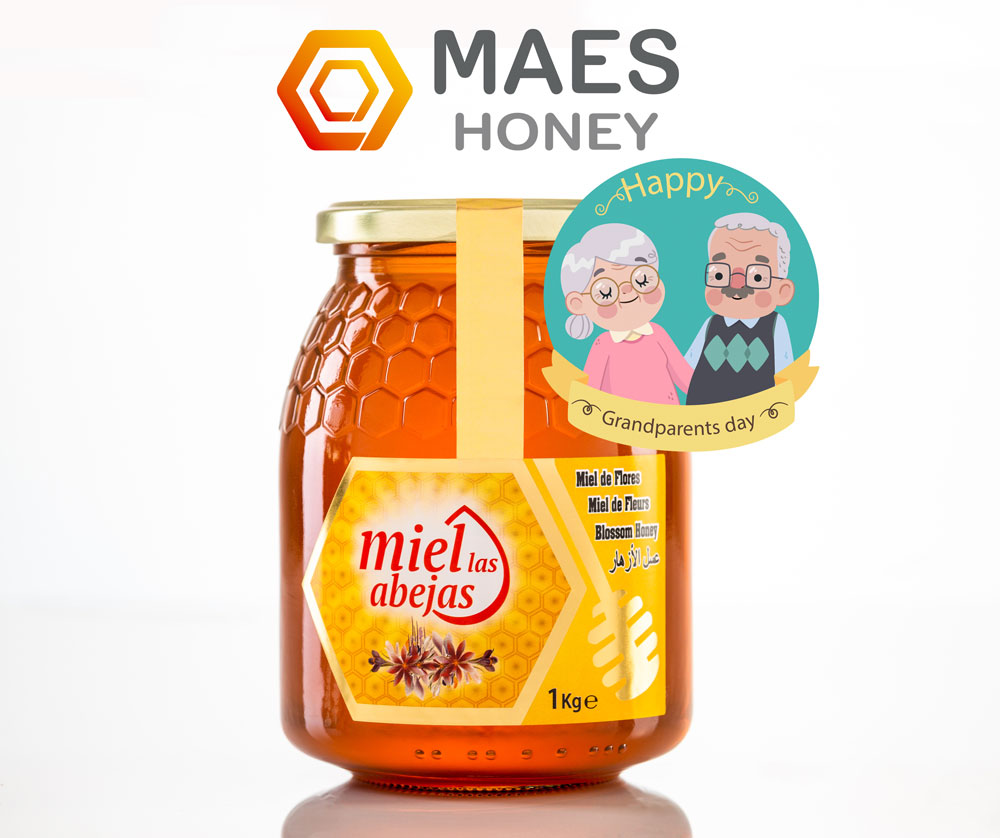 In Maes we know how important the family is. From here we want to congratulate all the grandparents for being so essential in our lives. We especially want to remind Manuela and Esteban that they made hives and honey their trade and transmitted it with passion to their descendants. Tribute to grandparents by Maes Honey.

Four generations of passion for honey lie behind the company’s success. A company that started with the dream of Manuela and Esteban, two master bee-keepers from the south of Salamanca province. They instilled the traditional values of honey production in their grandson, César Redondo. Who decided to pay tribute to them by creating MAES Honey.Four generations and the passion for honey

The effort, persistence and a tradition which has involved the last four generations of the Redondo family. Have been key for over a century, allowing MAES HONEY to grow from being a family business to the largest honey packager in Spain. Working to care for the naturalness of the honey.

The story of MAES Honey started in 1910 with César and Elena, a couple from a modest background in Valero. A small village in the mountains of Salamanca.  Who fell in love with bee-keeping and decided to buy some hives. Their passion for making honey was so great they succeeded in inspiring the younger generation. Their son Esteban and his wife Manuela. Before long this enthusiasm turned into their profession. Work that always prioritised great attention to detail, care along every step of the production process. And a dedication to upholding the value of hand-crafting quality.

They passed these values down to their son Cecilio. Who sustained them and kept them alive. He started the process of marketing honey with one clear aim in mind: to bring his grandparents’ honey to the whole of Spain. This led to the creation of the FEYCE brand, inspired by the names of his children, Felisa and César. The latter becoming responsible for carrying on the family company. With César Redondo at its head, FEYCE started overseas trading.  And succeeded in expanding the family business by exporting honey to over 30 countries around the world.

MAES HONEY is currently the main packager and exporter of honey in Spain. Obtaining the recognition of the most demanding consumers at a global level. The MAES HONEY story, which involves four generations. Is a story of achievement, hard work and dedication, in which the family’s roots and tradition have been combined with the most prestigious technological advances. Focusing on a single goal: offering the best honey in Spain.