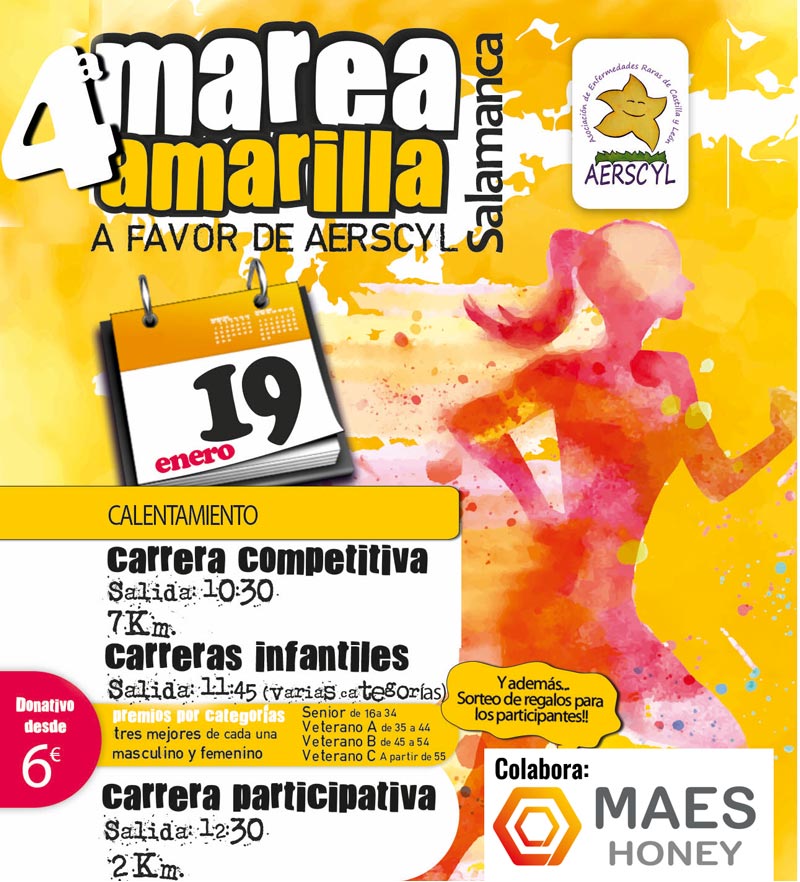 The Amar Yellow Tide ’of the Rare Disease Association of Castilla y León was held yesterday January 19 in Salamanca. With this there are already four editions that have been celebrated. Maes Honey collaborates in the fourth Aerscyl race

This race is organized to give visibility to rare diseases rare. These diseases are those that affect a small population. Specifically they suffer less than 5 of every 10,000 inhabitants. Therefore, we must give them visibility and get them investigated. You have to get a cure. Although these diseases are suffered by a small population, we must fight for them, they are equally important. And we must support families, their friends and doctors. And collaborate for the investigation.

The competitive test was developed in seven kilometers and left at 10:30. Children’s tests and solidarity march began at 11.45 and 12:30 respectively.

David Ruano and Alexandra Martín won the competitive race. But there were also hundreds of people who participated to raise funds in favor of the association in the solidarity march.

Maes Honey collaborated once again with its products. After the race, a raffle for gifts was held among the participants. This year the proceeds will go to scholarships for therapies.