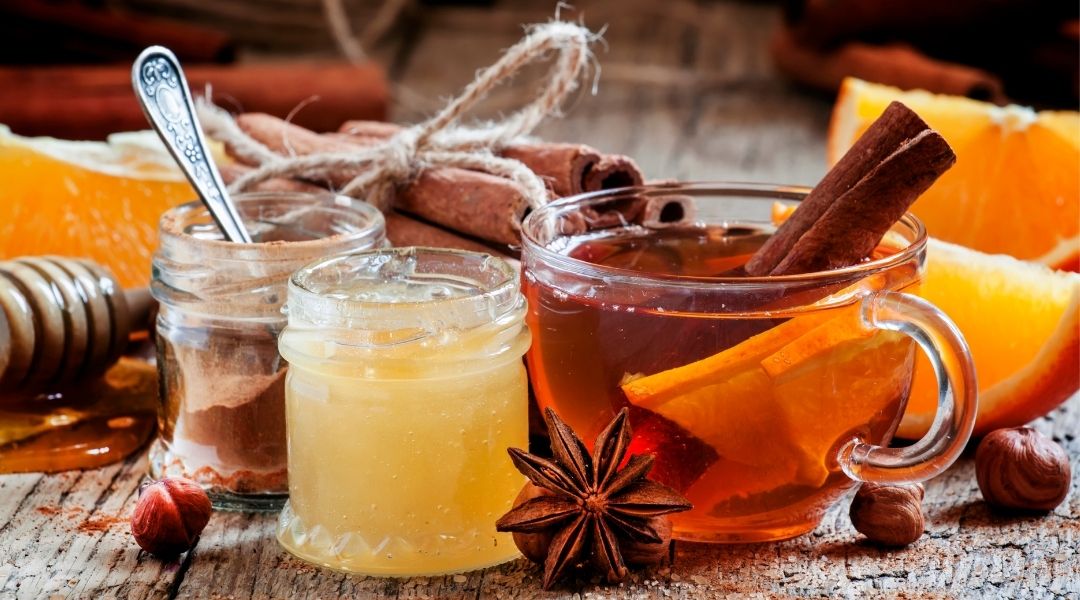 Benefits of consuming honey in winter

Throughout history, honey has been linked as a key ingredient, in which it was said that it could be a mixture of edible gold with other ingredients. The World Health Organization recommends that consuming honey in winter can prevent or lessen the effects of colds, and the simplest cough.

Why is it so beneficial to consume honey in winter?

We have already talked in numerous posts about how honey helps to strengthen our immune system. We have also said that honey is a natural source of energy. About 100 grams of honey provides about 300 calories. A spoonful of honey a day can be beneficial and can also be a perfect substitute for sugar.

Dark honeys, such as heather or chestnut honeys, oak or forest honeydew honeys, have a much higher antioxidant content, due to their higher mineral content. They also tend to be more intense in aromas and are not as sweet as light honeys.

Today we will explain some simple recipes that will keep you healthy all winter long.

Ways to consume honey in winter

Preparation of the orange and honey infusion:

Heat the water and bring it to a boil until it reaches 90 degrees. Then put orange juice, cinnamon and mint in a saucepan. Once the water has boiled, pour it into the pan with all the ingredients.

Let it steep for 10 minutes. Then strain it through a strainer and pour it into a cup and add as much honey as you want!

What is the result? A healthy infusion with vitamin C (from the orange) with antibacterial and antiseptic properties from both the cinnamon and the orange. Thanks to the honey you will also have that contribution of antioxidants, vitamins and minerals.

Honey soups are a dessert from the Canary Islands. The most typical is to make it with cane honey or hunting honey, although with bee honey the result is also quite good.

The origin of this ancient recipe is found in the old sugar cane fields and sugar mills of La Palma, which were established on the island during the sixteenth century. The leftover honey was used by the workers of the time to make the soups in the sweet syrup.

Put the almonds on a wooden board, and chop them with a knife in an irregular way. It is important that they are not too crushed.

Then we cut the bread in slices, and we put in a wide saucepan, the honey, the water, the aniseed, the lemon rind together with the cinnamon and we put it on the fire until it starts to boil.

Once boiled, add the almonds and the slices of bread, turning it once and placing it next to a serving dish.

You will have the result! A fantastic honey soup typical of the Canaries

Finally we will show you the recipe that we all love, consuming honey in winter has never been so easy. The Palmeritas de Hojaldre always delight everyone and even more if they are made with honey.

First the oven is preheated to 200º. In turn we spread the puff pastry sheet on the same paper in which it is wrapped.

To make it well, make a mark in the center of the plate and fold each end towards the center. Sprinkle with a spoonful of sugar and carefully roll with a rolling pin to integrate the sugar with the dough.

We will repeat the folding and sprinkling of the sugar.

Once this step is done, cut the palmeritas with a sharp knife, a few centimeters thick, and place them on the baking sheet. Let them bake for 10 minutes and let them cool on a rack when they are ready.